Hi, I'm Benjamin, Digital Media Strategist for Skyline STR. I have been involved in content creation for over a decade and love helping people develop strategies to grow their business. My wife and I are AirBnB photographers that are experienced in rental arbitrage and hosting on the platform.

Affiliate Disclosure:
SkylineSTR.com is a participant in several affiliate programs, including the Amazon Associates program, and may be compensated for referring business to these companies at no additional cost to you. This post may contain affiliate links and/or links to our own products. We never recommend anything we don’t love or wouldn’t use ourselves.

Deception Pass Camping Guide: Everything You Need To Know

Washington state is known for its lush forests and beautiful waterways. The western edge of the state is dotted with islands, including Whidbey and Fidalgo Island. Portions of these two islands, and the smaller Pass Island that sits between them, make up Deception Pass State Park.

Camping in Deception Pass is an exciting experience for everyone. Between the rocky landscape and the Puget Sound, this island-based state park has something for everyone. There are campsites for tents and RVs and a handful of cabins for a comfortable stay no matter camping your preference.

Rugged explorers and first-time campers alike can have full, enriching experiences at Deception Pass. There are hiking and boating activities for every skill level, so there’s plenty to explore. This guide gives a thorough overview of everything you need to know to plan your trip to Deception Pass.

Getting to Deception Pass

Deception Pass State Park is located a two-hour drive north of Seattle in Washington State. It’s accessible via the eastern branch of State Highway 20. The park covers land on Whidbey Island, Fidalgo Island, and all of Pass Island (which lies in between the other two islands).

The closest Washington towns are Anacortes, Burlington, and Camano Island. However, there are several smaller island communities in the nearby waters.

If you’re driving to Deception Pass, you’ll need to purchase a Washington State Park Discover Pass to enter the park. You can get a day pass for $10 or an annual pass for $30. Boaters and hikers don’t need to buy a pass; if you’re coming in by water or trail, park access is free (though you’ll still need to pay for campsites and boat moorage).

The area has plenty of land and water activities, so whether you’re traveling by boat or by car, there’s plenty to do in Washington’s most-visited state park.

There is year-round camping available for tents, RVs and trailers, and a handful of cabins. Two campgrounds are only accessible via boat. Whether you’re a hard-core outdoorsman or more into glamping, there’s a campsite for you at Deception Pass.

Two of the main campgrounds are on Whidbey Island, and a third is on Fidalgo, with a handful of boat-only sites on smaller islands.

Most of the sites fill up quickly in the summer, so make a reservation ahead of time to guarantee a spot. There are a few first-come, first-served sites for backpackers, mountain bikers, and boaters.

If you plan to rough it, it’s a good idea to have a backup plan for a campsite at one of the nearby parks or towns.

The largest of Deception Pass’s campgrounds is the Cranberry Campground, located along the northern shores of Cranberry Lake on Whidbey Island. It has 234 campsites, including five first-come, first-served sites for backpackers. There are two loops, with the majority of the hook-up sites in the Forest Loop.

The Cranberry Campground isn’t known for its stunning nature views, but it has the most amenities of all the camping spots. There are showers in five of the six restrooms, and it’s located strategically to give visitors easy access to other attractions, like the beaches, boat launches, and a horseback riding trail.

Cranberry Campground is the only campground in Deception Pass with ADA accessible campsites and restrooms, so it’s a good idea to reserve a camp spot early if you need those accommodations.

Quarry Pond is located to the southeast of Cranberry Lake, by a one-acre pond that gives the campsite its name. It’s a much smaller campground, with only 60 sites. All but seven of the campsites have full utility hook-ups.

The campground has a central gazebo, a sheltered kitchen area, and a restroom with shower facilities. While the campground is further from Cranberry Lake and other beach areas in the park, Quarry Pond is close to Goose Rock and is only a short drive away from all of the activities Deception Pass offers.

Of the three main campgrounds, Bowman is the most rustic. It has 20 campsites, and only two of them have a utility hook-up. The other 18 are tent sites, but the other amenities are similar to the other campgrounds. There’s a shower facility and picnic area and access to plenty of the beautiful nature of Deception Pass.

Bowman Bay Campground is on Fidalgo Island, across the Deception Pass Bridge from the other sites. It’s close to the Civilian Conservation Corps Interpretive Center, where visitors can learn about the Depression-era program that built up America’s state national park systems.

The most primitive campsites in Deception Pass are the eleven boat-only campsites on Hope Island and Skagit Island. There are six sites on Hope and five more on Skagit, all of which are first-come, first-served.

These campsites are low on amenities, with vault toilets and no bathing facilities. Most of the land on the islands is either private or part of a nature preserve, so there aren’t recreation activities on the islands either.

They are, however, a great place to spend the night in between long days out exploring the water.

On the opposite end of the camping spectrum are the cabins at Deception Pass. The Ben Ure cabin on Ben Ure Island is a fully-furnished accommodation with views of both the Puget Sound and Cornet Bay. It has electricity, a full kitchen, heat, and an outdoor shower. However, it’s only accessible via kayak or rowboat, and visitors have to pack in their own drinking water.

Like Hope and Skagit Islands, most of Ben Ure Island isn’t available for recreation. For larger groups or people who want to have more amenities near their camp base, the Cornet Bay Retreat Center is the place to go.

Cornet Bay Retreat Center can sleep up to 200 people in a combination of cabins, duplexes, and the main lodge. All these accommodations have access to full kitchens and showers. The retreat center’s location on Whidbey island means it’s close to the park’s best recreation activities, including hiking, fishing, and kayaking.

Or if you’re looking for a vacation rental nearby, check out our Whidbey Island Vacation Rental Guide.

With 3,854 acres of land and 110,900 feet (33,802 meters) of saltwater and freshwater shoreline, Deception Pass has plenty of opportunities for fun and outdoor recreation. For rainy days, there’s also the CCC Interpretive Center.

Deception Pass offers swimming, boating, fishing, and white-water kayaking in the three freshwater lakes and the park’s saltwater bays. Experienced boaters can launch their own craft from one of the many mooring sites around the park. For beginners, there are kayaking tours that leave from Bowman Bay from late spring to early fall.

There are nearly 40 miles (64.37 km) of trails for hiking, biking, and horseback riding throughout the park. Ten miles (16.09 km) of the Pacific Northwest National Scenic Trail—a 1,200-mile (1,931.21-km) trail that stretches from the continental divide in Montana to the Pacific Ocean in Washington—are located in Deception Pass, near Goose Rock.

For rainy days or the historically inclined visitor, Bowman Bay is also home to the CCC Interpretive Center. The small museum is open during daylight hours in the summer, offering visitors a glimpse of life for the young men who helped construct many of America’s most treasured state and national parks.

While a lot of the park’s activities are seasonal, Deception Pass is open year-round. Quarry Pond Campground is the only campground open all year, with the others closing down between September and April every year.

The welcome center has limited winter hours, and most of the park’s buildings and restrooms are closed or have limited access in the winter months. However, the hiking trails are still open, and most of them don’t get enough snowfall to be inaccessible.

Boating tours and fishing are also closed or limited in the winter, but check the Washington Department of Fish & Wildlife for the latest information on the fishing season. It changes every year, so it’s always best to read the regulations before your visit, no matter what time of year you go.

Deception Pass is a great place to camp, whether you’re there for a weekend or a few weeks. There are camping facilities for every comfort level, from truly rugged sites to comfortable cabins, and there are hiking trails for every skill level. The water of Puget Sound and the park’s various bays is a great recreational resource for boat enthusiasts and fishermen alike. No matter what your favorite outdoor activity is, Deception Pass is a great place to visit. 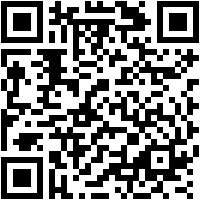 Get Notified About New Posts, Offers, And Deals

Subscribe to our newsletter to stay up to date on new offers, posts, and deals! Our email subscribers will be the first to know about upcoming case studies, videos and giveaways. 10 Tips For Vacation Rental Owners To Grow Your Business

When it comes to work, many people enjoy the stability and security that a 9-to-5 job offers. But for those who want more freedom in their lives, there are other options available. One of these is owning your own vacation rental property. It’s no secret that the...

END_OF_DOCUMENT_TOKEN_TO_BE_REPLACED 9 Airbnb Hosting Checklist Items Before Renting Out Your Property

Airbnb hosting can be an excellent source of additional income if you have the resources needed to do it. By letting someone enjoy the vacation of their dreams, not only are you providing an incredible service, but you can also make some excellent money at the same...

END_OF_DOCUMENT_TOKEN_TO_BE_REPLACED 19 Airbnb Hacks Every Host Should Know

Whether you're looking to become a Airbnb Superhost or just trying to increase your Airbnb reviews, there are some Airbnb hacks that every Airbnb host should know. There is a lot of competition in the Airbnb market, and these tricks can help set you apart from the...